Marvelous
Messages
await all
around you.

Marvelous
Messages
await within
you.

Marvelous
Messages
await from
those who came
before you.

Marvelous
Messages
await you from
heaven above.

Ready to discover the
Marvelous Messages
that await you? 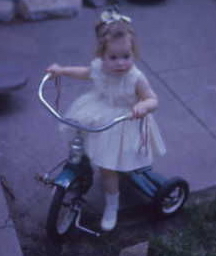 Like the Ugly Duckling to a Swan, my life transformed from illness and sorrow to wellness and fulfillment.

My life began amid a surprise snowstorm, with my arrival occurring almost three years to the day of my sister's death. Although my birth brought my parents great joy, they hadn't fully grieved my sister's passing.

Having had me late in life, many of my relatives passed early in my youth. My father lost his battle with a series of debilitating illnesses just after I turned fifteen. My mother had her first heart attack a year later. I would lose thirteen significant relatives before the age of thirty, not including two siblings and all four grandparents who passed before my birth.

To say my life has been touched by illness, tragedy, and death would be an understatement. 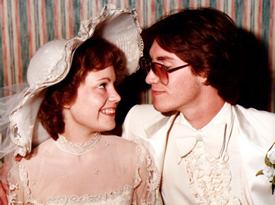 At nineteen, I married the love of my life. Like many young brides, I dreamt of having a happy ever after. It wasn't long though before I began to endure a series of my own health challenges. I nearly bled to death at twenty-four, was diagnosed with Hodgkins at twenty-five, and momentarily died on the table giving childbirth at twenty-six. (That was just the beginning.)

Knowing my family's poor health history, I didn’t have any great expectations, I merely hoped to survive. (The odds weren't really in my favor.)

The one thing I did have going for me was my faith. From an early age, I had reached out to God in my own personal way. Perhaps this more than anything else, kept me going. 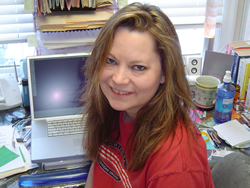 Along the way, I had an itch—a calling—which for me was writing. I started dabbling and found I wanted more. By answering that little itch, amazing things began happening in my life. Doors opened. People appeared. At first, little by little, but soon, those little things turned into bigger things. I sold my first book, and then my second. I headed up a writing center for kids, and I volunteered my time to a writer's organization. My life began changing for good.

As I wrote about my pain, my sorrow, and my journey back to life, I gained a deeper understanding from all I had suffered. I recognized pain had its own language, and when deciphered, it delivered a message packed with personalized guidance and hope. I followed the guidance I received and not only did my health improve, but my whole life got better. It was almost like a fairy tale. 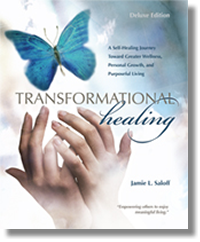 As I shared this knowledge with family, friends, and others, they were amazed by how quickly their pain could be transformed. Within minutes, their life challenges were revealed and a personalized resolution appeared. As they followed the guidance they received—wisdom from within themselves—their lives leapt forward too. 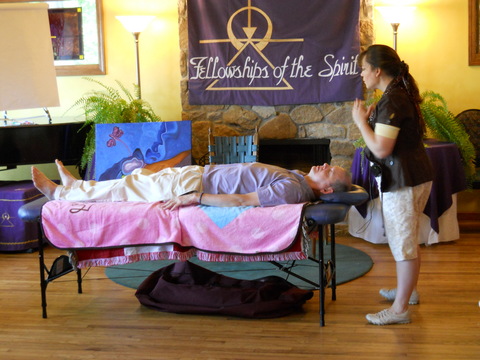 In 2008, I decided to seek out more credentials and entered into the two-year program at Fellowships of the Spirit in Lily Dale, New York. Under the tutelage of Rev. Elaine Thomas and many others, gifts I'd always had but had been dormant, blossomed. Still, at completion, when asked, "Are you a healer or a medium?" I replied, "I am a teacher" — and always have been an author. However, these new tools gave me even greater insights as to how to help people transform their lives.

What started out as a simple healing tool that I used to save my life has multiplied faster than rabbits in spring as a series of books, workshops, and more. My life has become far more exciting and wonderful than I ever could have expected or dreamed and continues to surprise me as each day comes along—as it has for many others who have experienced my methods.

In 2017 my life took an unexpected turn when I was diagnosed with breast cancer, a huge jolt, particularly since it didn't run in the family. (Doctors think it was a side-effect from the radiation treatments I had in 1985 for Hodgkins.) Once again, after years of no health issues, I turned again to my own methods, faith, and doctor's care. I found the disease to be a strong reminder to not put off our heart's desires and the importance of living a life in balance. Now in remission, it is yet one more adventure to add to my list. 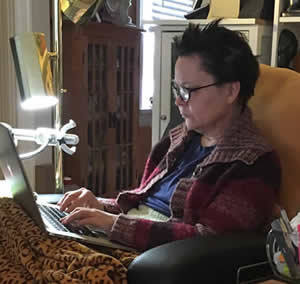 I wish I could say I was extraordinarily special or talented, but the truth is that anyone who has a flame of desire, a thimbleful of hope, and the courage to step through the doors open to them, can transform their life using these methods. I encourage you to find the Marvelous Messages in your illness or injury to change your life for the better.