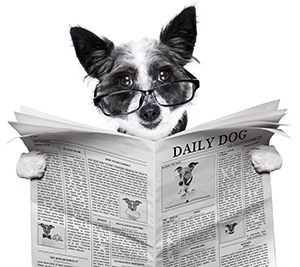 It started last summer with the brake lines. My beloved voodoo blue Toyota FJ decided to spray fluid all over our driveway. I considered this an angel intervention since I could have been on the highway.

We've known for a while that the FJ's fifteen years on northern, heavily-salted winter roads had taken its toll, but I haven't been ready to let her go. We've shared too many adventures. I've come to appreciate how she cuts through deep snow, offering me peace of mind throughout our harsh winters. Plus, I rarely go anywhere that someone doesn't ask me about the FJ. She's a stand-out among all the other look-alike SUVs.

After the brake line fix, her backend smelled of the leaked fluid, and she continued to leave evidence of her incontinence on the driveway. At times, it got so bad I'd ask my husband to check her underside again. He did, even taking her back to the shop a time or two. They assured me her brakes were good, and the fluid would simply take time to disperse.

A couple of months later, traveling the highway at 70 mph, my son and I heard a horrible, car-rattling sound as a windshield trim piece ripped off and flew into a ravine. (We looked but never found it.) I thanked the angels once again as I shuddered to think if the piece had hit another car or caused an accident.

The FJ made it through winter. Then one morning after a light snow, I started her up, made sure the wiper blades were not stuck to the windshield—a common problem in the snow belt—and hopped in. I flipped the wipers on. They lifted halfway and stopped.

This seemingly minor problem turned out far worse than we thought because our mechanic let us know the non-working part could no longer be obtained. But that wasn't the really bad news. That lingering smell? Turns out it wasn't the brake lines. The FJ now had backend issues. I felt like the owner of a broken-leg horse—and you know what they do to those.

"Time to spiff her up," claimed hubby. I knew what he was hinting at. Not fully accepting, I went along as the "spiffing" began. He started with the missing windshield strip—not a cheap date. He speculated the glue would dry within 48 hours.

Two days later, I had an appointment with a friend in town. Hubby recommended I take his car—just to be sure—but as I reached up to adjust his rearview mirror, my hand barely touched it, and it fell off into my hand. (You can't make this stuff up!) Despite a prediction of rain, and my wiper blades still not working well, I drove off in my FJ.

Oh, I had such a lovely time. It had been so long since I'd been out with friends. I couldn't have asked for a more enjoyable afternoon of lunch and conversation. As I headed for home, the sky darkened, and not far into my journey, the clouds opened up, dumping torrents of rain and shaking the FJ with heavy gusts of wind. Battling the rain, faulty wipers, and traffic at highway speeds, I hyper-focused on keeping in my lane. Passing a truck, I once again heard that horrible ripping noise.

The infamous and expensive trim piece had once again blown off and flown out of sight. Distraught, I pulled over as soon as I could. Sitting in the stopped car, wet traffic rushing by, I held back the need to sob. I attempted to gather myself. I couldn't believe this was happening—again. And then something utterly amazing happened.

I'm not sure when I had turned on the radio. I probably did it subconsciously when I first took off for home. I usually request my favorite playlist, but that's not what was playing. Sitting beside the road, frustrated, disheartened, alone, I suddenly became aware of soft, angelic-like music. At first, I didn't think much of it.

I got myself back on the road remembering I needed to get milk. In the store, the same calming music continued to play. "How odd," I thought. But being in a hurry, I didn't give it a second thought. Then, as I got back into the car, I realized I could still hear it, and the car wasn't running. How could that be?

I realized it was coming from—my phone. Why hadn't it stopped when I turned off the car? And what was that song? I didn't remember favoriting it. I didn't remember ever even hearing it before. (I must have?) Moreover, how could it have kept playing over and over? I hadn't asked it to repeat. None of this made sense.

Think what you like, but for me, I chalked it up to angel intervention. Too many coincidences occurred at the right time, just when I needed them most. Once again, I had been kept safe, and where that piece flew, we never knew. (Searches were useless.)

At present, I still have my beloved FJ. I'm not sure for how long. The rogue missing trim piece has been reordered and is awaiting install—this time with different glue. Her fate remains in angel hands.

What angel interventions have you experienced?