Blessings Hidden in a Book 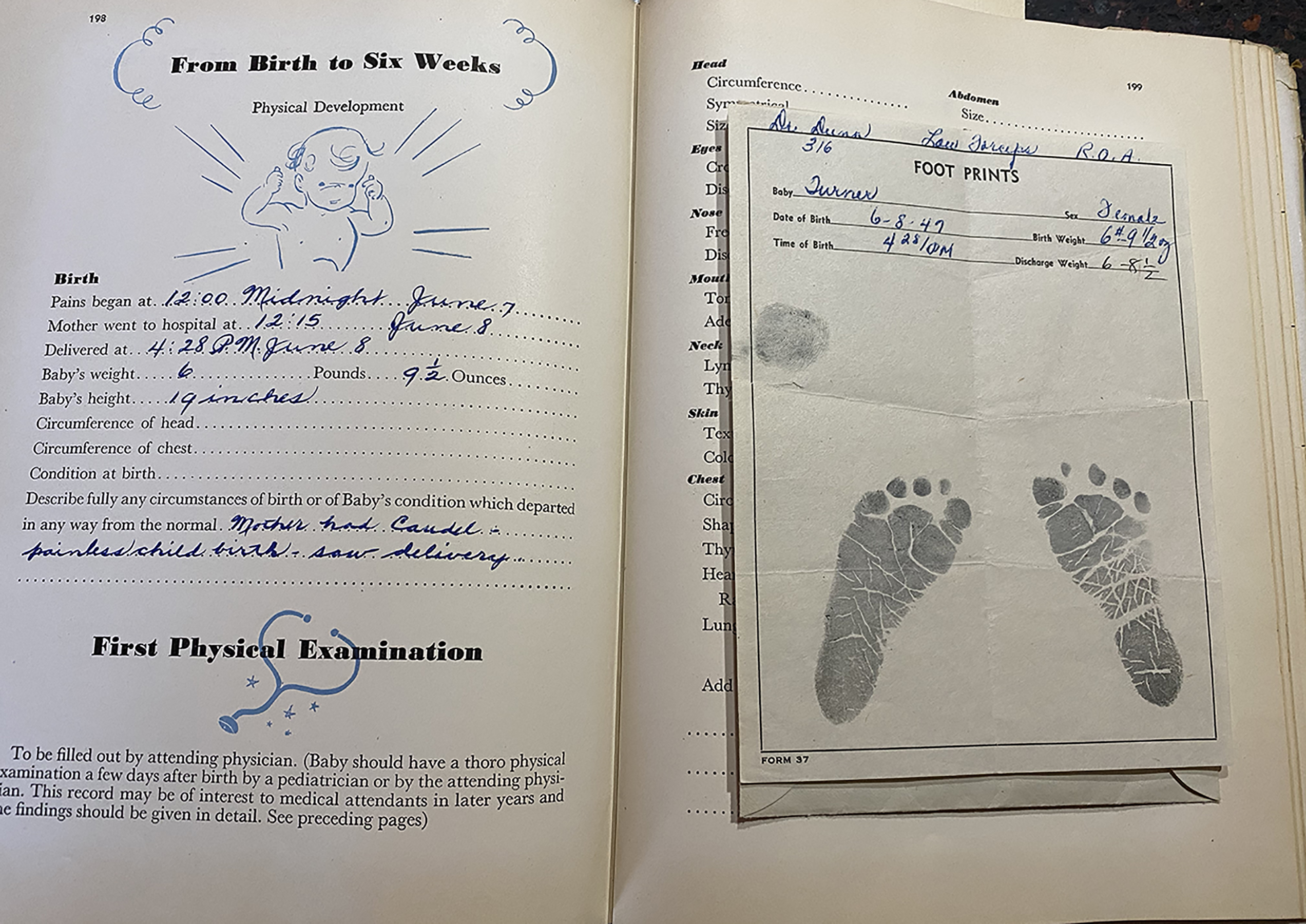 I had this baking pan that had been sitting out for the longest time. (I know, where is she going with this? Bear with me. . .) Hubby asked why and thought it was taking up too much space on the counter. (I admit, it was a "convenience" decision to not put it away in a different place.) I decided to make room for it in the under-the-counter cupboard with my cookbooks. (You know, one of those places you hate to store things because fifteen things have to move before I can get to it. Like I said, "convenience.") So I move a few things out of the way to open the cupboard. I shuffle the items on the two lower shelves to store the pan. Easy. Done. Then, something caught my eye.

I've always had this blue, Better Homes and Garden Baby Book stored with my cookbooks. (Hubby later asked, "why?" I don't know. Maybe because my mother gave me her cookbook at the same time? I'm not even sure!) It's just always been there. I had it for YEARS. (My mom's been gone since 1990 so before then.)

I pull it out. It's a book about baby care from the 1940s. Not really something I've relied on over the years. It does have baby names and things like that. But mostly, it's just been on the shelf as a keepsake as most of the advice was outdated even in the '80s when I was raising my sons.

The book fell open to a page where I see words written in my mother's handwriting that said:

She's a doll - sweet - spoiled and adorable. Small for her age and a talker. Her vocabulary is unlimited and she is almost a model child except for eating and being inclined to want her own way. She is rarely punished, although, she probably should be."

I smiled as I read my mother's words, thinking they were written about me. They seemed to describe me. But then logic set in. Across the page, I saw a date from 1949. (I was born in 1960.) My mother was writing about my sister. My heart skipped a beat. 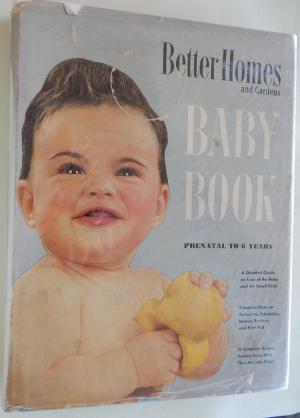 I turn a page and can't believe what I am looking at. I continue to stare at it, touch my finger to the loose sheet of paper. It's my sister's baby footprints.

After I get over the initial shock, I leaf through more pages. Nearly every page from birth to around age three is completely filled out. I stand in my kitchen, chairs pulled aside, cupboard doors wide open, contents of the shelves in disarray, reading page after page. First words, childhood illnesses, favorite toys. I find my sister's birth certificate, her baptismal papers. Each page brings about a new insight. I am both thrilled beyond expectation and dumbfounded to have never previously known what treasures lay hidden within the pages of this book. I know more about my sister at this moment than I have for all my 60 years.

I wonder why I never knew I had this. I wonder why it has come to me now. . . (I am working on an ancestry book at the moment, so perhaps for that somehow. . . or not. . . maybe just a special gift.)

I come to the conclusion much later, after I've gotten over the shock, after I've shared it with everyone in the house, after I've broadcast it online, that my mother has sent me a birthday gift. I decide that all the signs and the messages coming at me for an entire week have all led up to this one spectacular moment.